Thankful for a Taste of Home: The Source of NYC's Freshest Seafood Inspiration 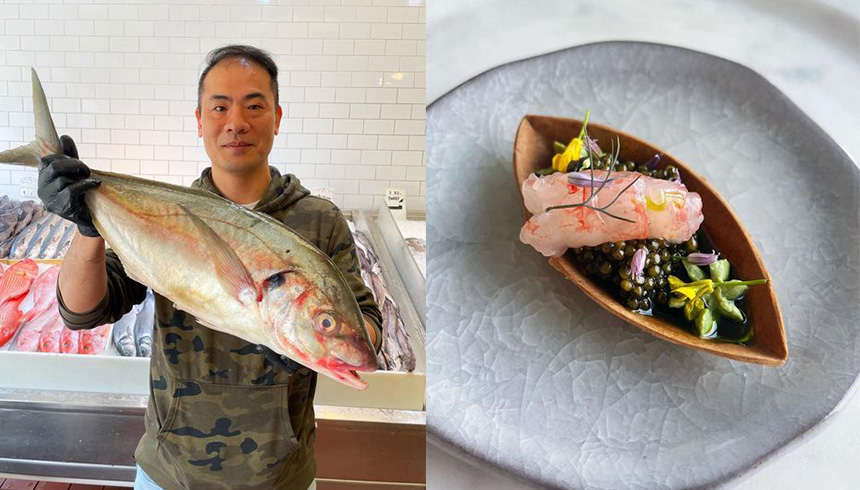 Steven Wong, owner of Aqua Best Seafood Market shares his journey and what he's grateful for as a business owner of one of the hottest seafood distributors in the Big Apple.

From shiny black sea bass to large king crabs laid out on ice, Aqua Best Seafood Market bustles in the early morning hours of downtown New York City. With a mission to bring the freshest and highest-quality catches to kitchens, owner Steven Wong is busy checking orders from customers.

"We currently cater to more than 250 restaurants, many of them being Michelin stars," says Wong. His successful business had humble origins though, fueled by an immigrant mother's longing for her favorite seafood dishes from home.

"Aqua Best actually started around 1986 under a different name by my mother," says Wong. "When she first immigrated from China to the U.S., she really missed food from home. She then realized that there were many immigrants who were facing the same situation." Despite Wong's father passing in 1987 and having to raise four children on her own, Wong's mother persevered and began sourcing seafood from around the U.S. "It was a one-woman show," recalls Wong. "She literally started from scratch. From Massachusetts to the shores of Virginia, she began selling to restaurants and smaller supermarkets and built Aqua Best to what it is now." 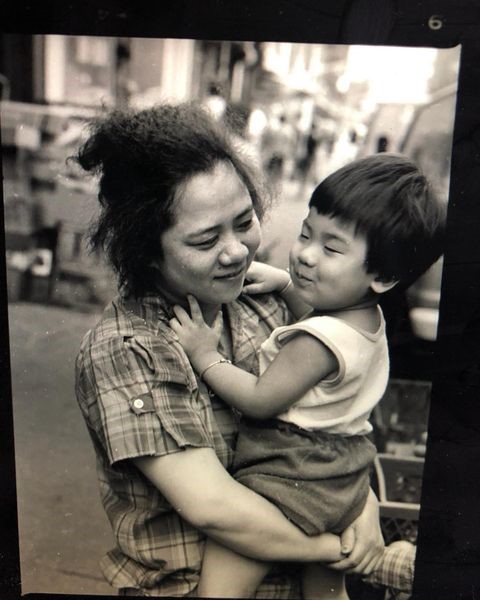 As the second-generation owner, Wong has further diversified the customer base for Aqua Best. "New York City is at the center of all cuisines," says Wong, " and in the last 10 to 15 years, we've been pushing more toward that trend."

Wong's consistent challenge is maintaining the logistics for his business. "We're constantly sourcing for different types of seafood that chefs are asking for because a French restaurant is going to have very different requests than a Thai or Korean restaurant."

The biggest challenges came abruptly, however, first with former President Trump's trade war and then with the onset of COVID-19. Wong's strong relationship with East West Bank ensured that financial matters were taken care of throughout these hardships. Having been a part of Wong's seafood business from the beginning, East West Bank understood the Wong's predicament. "Our relationship with bank managers and loan officers were crucial," says Wong, "because anytime we had a large accounts receivable or accounts payable that needed to be processed quickly, we knew we could pick up the phone and speak directly to someone we knew. This level of trust and relationship helped us feel more comfortable in making decisions."

With the pandemic, Wong saw, "a lot of countries shut down, there were less international flights and yet we still had to maintain the same level of quality, freshness and variety to the city."

Wong attributes the ability to overcome the giant wave of logistical challenges that drowned many food businesses to his relationships. "I know it sounds cliché, but our relationships with business partners were really important. We imported and exported all over the world and our business partners would provide the best product they had, and we would in turn send them the best lobsters we had."

The pandemic shaped many different trends and one noticeable food trend has been home cooking with seafood. "Before COVID, I think people were a little insecure about cooking seafood at home, but with the lockdown, I've seen a lot more people get adventurous and comfortable with it." says Wong. Whether it's DIY sushi or whipping up some delicious clam pasta at home, this is a trend that excites Wong. 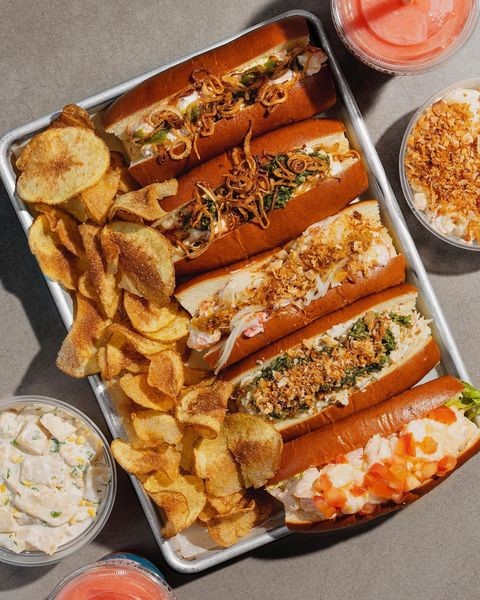 Recently Wong's award winning restaurant, Essex Pearl, participated in the annual Taste of Asia event in New York City where they featured a recreation of the traditional lobster roll. "It was so much fun," says Wong, A complete twist from Maine's lobster roll, Essex Pearl's lobster roll featured ingredients such as pickled chilies, fried shallots and sauces with bold flavor profiles. "When was the last time you actually tasted something brand new? In the culinary world right now, you can create a new and amazing flavor profile and that's what Daniel Le, my business partner and executive chef at Essex Pearl has done. It's all very exciting because there's a lot of buzz about our lobster roll being the best in New York City right now."

Wong believes creativity, innovation, and a clear understanding his audiences have led to his success. "Anyone can start a business, but you need to understand what your audience wants and who your customers are," says Wong. "You must plan carefully and understand your product or service in order to sell to the right people. I sell myself on quality and service. I'm not a price driven company where I'm going to go cheap, but I will guarantee good quality seafood."

Wong believes that food can bridge cultures across East and West as well as generations. "At Essex Pearl, for example, we predominantly have eccentric Southeast Asian flavor profiles, but we also use western ingredients like Mediterranean Sea Bass instead of an Asian fish to recreate dishes." By doing so, Wong hopes that people are able to find comfort and familiarity, but also excitement in new flavors. "We want to keep using authentic flavors and creating an opportunity for people to approach and understand new food. You can come to Essex Pearl and basically transport yourself to Southeast Asia while being in New York. That's the type of bridge we create."

Wong believes that food can bridge cultures across East and West as well as generations. "At Essex Pearl, for example, we predominantly have eccentric Southeast Asian flavor profiles, but we also use western ingredients like Mediterranean Sea Bass instead of an Asian fish to recreate dishes." By doing so, Wong hopes that people are able to find comfort and familiarity, but also excitement in new flavors. "We want to keep using authentic flavors and creating an opportunity for people to approach and understand new food. You can come to Essex Pearl and basically transport yourself to Southeast Asia while being in New York. That's the type of bridge we create."

Video originally produced by Eater in 2020

For Wong's mother, Aqua Best allowed her to find a way to access and share a taste of home. "My mother is a shellfish person, so clams always reminded her of her hometown." Despite being known as the "lobster sourcerer" of New York City, Wong's favorite seafood dish is actually made of mussels. "Believe it or not, I love my mom's mussel dish that uses simple ingredients like garlic, fish sauce, sesame oil and soy sauce. But I've never been able to recreate it." Wong loves the smell and flavor of the dish that evokes nostalgic feelings. "You know, that dish is originally from my mom's hometown, a place where I never grew up in, so the dish itself is a connection to her heritage that's now intermingled with memories of my childhood." 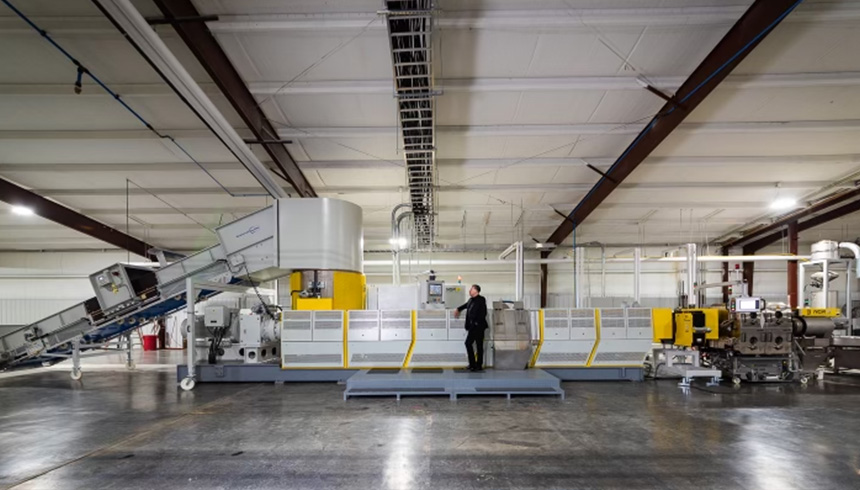 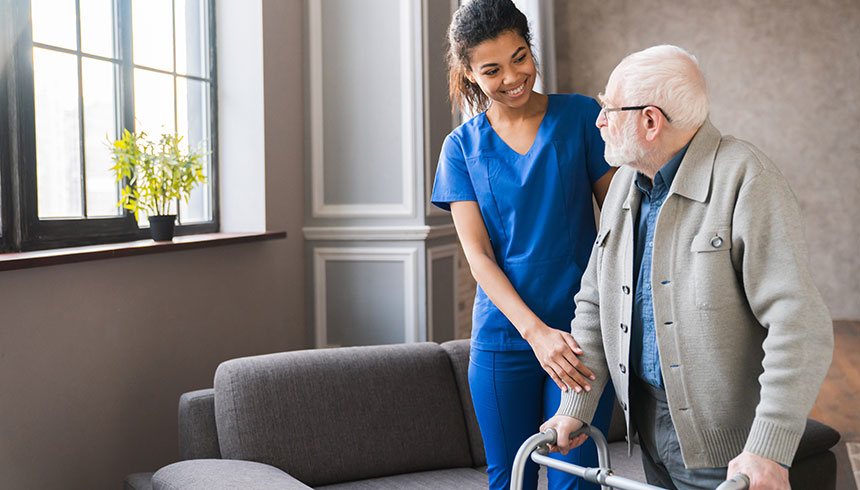 With a nationally recognized model of care, the Santa Monica-based nonprofit has continued to evolve over 50 years to better serve its senior clients.
Learn More